What Altar Boys Can Do That Altar Girls Can’t 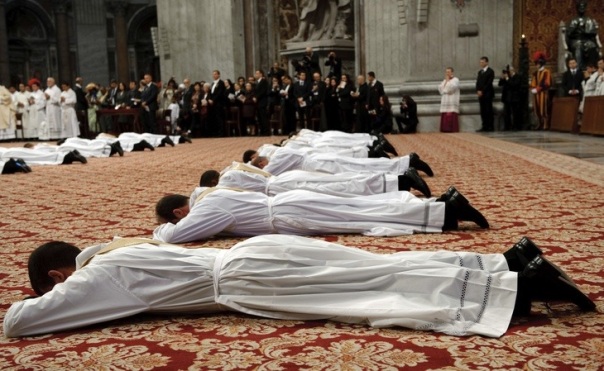 This past week the United States Conference of Catholic Bishops released the findings from the 2014 Survey of Ordinands to the Priesthood. Prepared by Georgetown’s Center for Applied Research in the Apostolate (CARA) for the USCCB, the survey was completed by 365 ordinands, which constitutes a 77 percent response rate. At nearly 30 pages, there is a great deal of data to digest.

While the USCCB press release focused on areas such as the ethnicity and median age of this years ordinands, something far more interesting was tucked in at the bottom of the release.

Of the 365 men surveyed this year, a whopping 80 percent had been altar boys during their formative years. In comparison, only 52 percent of ordinands had been lectors, less than a third had been youth ministers and only 15 percent had ever attended a World Youth Day or a Steubenville Youth Conference.

Don’t just read that and move on. Truly ponder the implications of this statistic: eight of ten ordinands surveyed were altar boys growing up. 80 percent. This is the stat everyone needs to know. In all honesty we must acknowledge the very real correlation between serving and discerning. The survey has revealed this to us in the past, and confirms it yet again this year.

Now consider this. In August 2010, Rome hosted the International Pilgrimage for Altar Servers, an event organized by Coetus Internationalis Ministrantium and held every five years. For the first time ever, the 2010 turnout had more girls than boys attending. Much like the statistical representation found in many parishes today, the pilgrimage of servers resulted in a 60:40 ratio of girls to boys.

Now here is another number to consider: zero. That’s the number of altar girls who will go on to become priests in the Catholic Church.

As I have written about before, the exclusive use of altar boys serving at Mass is helping to facilitate discernment and vocations within many parishes, often where both forms of the Roman Rite are reverently offered. This is in many ways one of the fruits of Summorum Pontificum, and it must continue.

As stated earlier, we must honestly acknowledge this correlation between altar boys and vocations to the priesthood. Understanding this, shame on us if we do nothing to reverse the trend in parishes where fewer and fewer boys are serving.

80 percent or zero? Think about it.