Bishop Strickland: Receive Communion on the Tongue while Kneeling 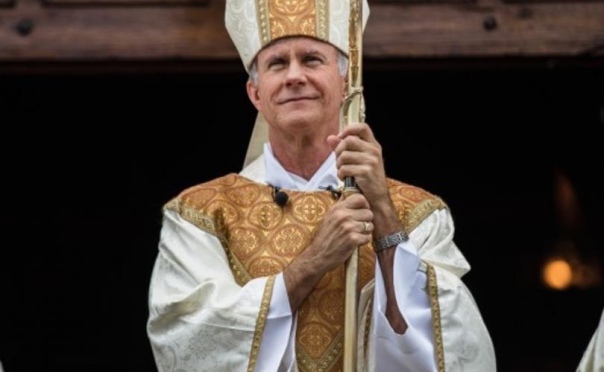 Bishop Joseph Strickland of Tyler (Texas) continues to demonstrate his courage and commitment to truth and tradition.

As readers may recall, back in August he was one of the first to publicly respond to Archbishop Carlo Maria Vigano’s letter detailing the Cdl. Theodore McCarrick scandal and cover-up. In a letter to the faithful of his diocese, Bp. Strickland wrote:

Let us be clear that they are still allegations, but as your shepherd I find them to be credible. Using this standard the response must be a thorough investigation, similar to those conducted any time allegations are deemed to be credible.

He also made the news last month at the USCCB meetings in Baltimore when he publicly called out churchmen who promote the pro-homosexual agenda of the left, including his brother bishops. Though not mentioning Fr. James Martin, S.J. by name, many assumed that Bp. Strickland was referencing the problematic priest.

Now Bp. Strickland has taken to Twitter to encourage his flock to receive Holy Communion in the traditional manner. 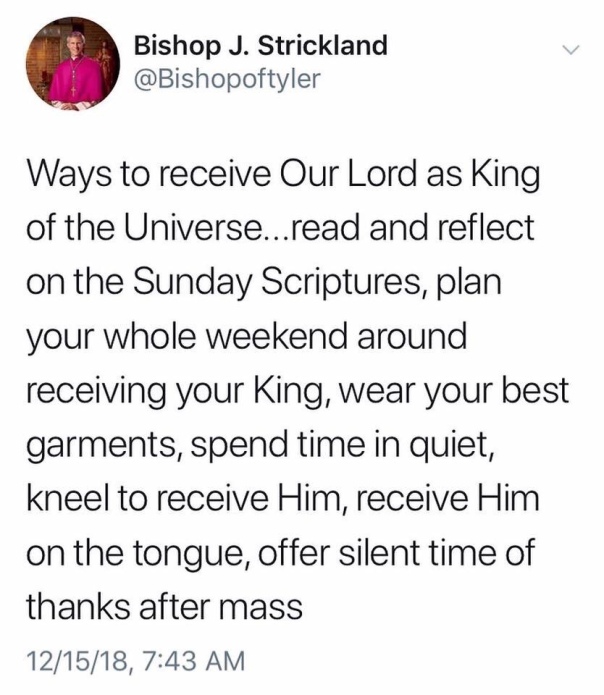 Ways to receive Our Lord as King of the Universe…read and reflect on the Sunday Scriptures, plan your whole weekend around receiving your King, wear your best garments, spend time in quiet, kneel to receive Him, receive Him on the tongue, offer silent time of thanks after mass.

It is encouraging to see such bold and unambiguous teaching as Bp. Strickland is providing. In an age of numerous secular-political agendas pushed by far too many prelates, including those in Rome, it’s refreshing to see a shepherd whose only agenda is the Church’s true purpose and traditional mission: the salvation of souls.

Pray for His Excellency. These days such open orthodoxy, clear teaching, and obvious love for the faithful can make one a marked man.