Leading with the Rite 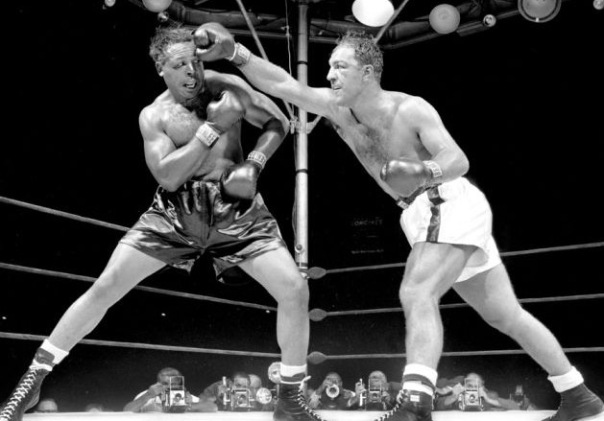 In the sport of boxing the idea of a fighter “leading with his right” is generally considered bad technique. The reason is simple: most boxers employ an orthodox stance (left foot forward and right hand back) in order to favor their power. In other words, for a right handed boxer to lead with his right, he negates much of his power, while simultaneously exposing his weak side (the left) to his opponent.

Now contrast this with our Catholic faith, particularly with the resurgence of the Latin Mass in recent years. When it comes to introducing people to the traditional liturgy, leading with the Rite is usually the best technique to use. Promoting tradition by simply presenting tradition is playing to our strength. That which is true and beautiful attracts. Those of us who eagerly seek the restoration of the sacred, who long for greater availability to the traditional Mass, must trust in the power of the Rite to accomplish this.

How is this done? In large part it’s already happening.

The Internet and social media have become highly effective means for promoting Catholic tradition. In the ten years since Pope Benedict released his motu proprio  on the traditional Roman Rite, images of Latin Masses have become more prevalent online. Many Catholics who have yet to attend a traditional Mass themselves have nevertheless become familiar with its sacred beauty.

From fiddleback chasubles, to the great elevation following consecration, to pictures of veiling women kneeling for Holy Communion, all have become familiar images to Catholics in recent years. Drawn to the beauty of the liturgy, the faithful discover what (in many cases) they had never known before. A reaction expressed by many following their introduction to tradition: “We were robbed of our heritage.”

And this is why those who have already found the treasure of tradition must lead with the Rite. Speak of its transcendent beauty. Share photographs and videos of the Mass. Introduce others to sacred music. Gregorian chant and polyphony are the authentic soundtrack of the Roman Rite and have the power to stir the soul. Discuss the antiquity and beauty of the prayers and the impact the traditional Mass has upon the interior life.

Leading with the Rite means highlighting that:

But all of this requires humility. The devastated liturgical landscape facing us today was caused by man, not by God.  Therefore, the solution will not be found with man…nor by committee. Rather, it will be discovered when prideful man (recovering his humility) steps aside and once again places God first.

It’s important to conclude by clarifying what “leading with the Rite” doesn’t mean. It doesn’t mean vitriolic denunciations of the New Mass. It is not insults over instruction; after all, most who discover tradition do so only after years spent at the New Mass. Sharing experiential knowledge gained and offering an explanation for the why and how of the current liturgical crisis are commendable. But it’s a tricky business and it requires true charity and spiritual maturity.

In the end, the promotion of the traditional does not mean the denigration of the new. Instead, we must trust in The Lord and in the power of the Holy Sacrifice of the Mass to heal and restore. Lead with truth and beauty. Lead with the Rite.