Archbishop Sample on the Latin Mass and Liturgical Reform 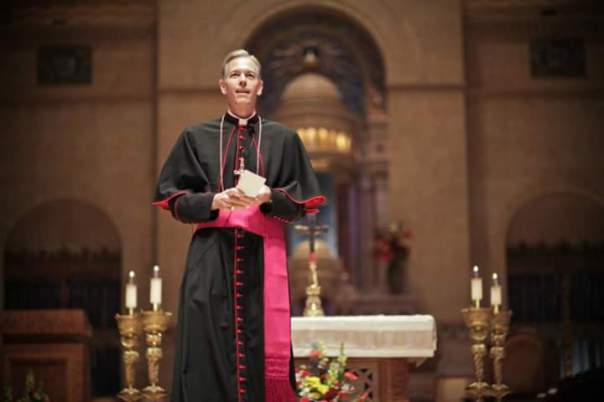 With so much enthusiasm and anticipation resulting from Cardinal Robert Sarah’s recent talk at Sacra Liturgia U.K., it would seem appropriate for us to look back at another significant contribution to this ongoing discussion on the liturgy from a prior conference. The following is an excerpt from Archbishop Alexander K. Sample’s address at Sacra Liturgia Rome in 2013.  While the archbishop’s entire talk is worth revisiting [1] his discussion of the Traditional Latin Mass and it’s role in diocesan liturgical reform is of particular interest.

“Let me begin by saying that, in my humble opinion, the 2007 motu proprio of Pope Benedict XVI, Summorum Pontificum, is one of the greatest gifts that could be given to the Church in the service of liturgical renewal and reform.  Why do I say this?

“I think it is fairly safe to say that the liturgical reform that was called for and envisioned by the Second Vatican Council became derailed…not very long after the Council itself.  It is my concerted opinion that the post-conciliar liturgy as it is celebrated and experienced in most churches today is sadly not what the Council Fathers envisioned.  I will not bore you with the liturgical horror stories we all experienced in the wake of the Council.  I was formed as a young Catholic in the late 1960’s and the 1970’s, so I know of what I speak.

“If we are going to bring about an authentic and fruitful renewal in the liturgical life of the Church, we need to be open to almost “starting over”, taking into account all of the good fruit achieved in the wake of the Council.  Pope Benedict XVI often spoke of a need for a “reform of the reform.” I am solidly in that stream of thought.

“But if we are going to accomplish what the Council envisioned, we need a reference point in re-appreciating that to which the Council Fathers called us. That reference point is the usus antiquior. The older rites are our “touchstone” in moving forward with the reform of the reform. All that we do, authentically called for by the Council, must be measured against the ancient liturgical tradition of the Church embodied in the pre-conciliar liturgy. That is not at all to say that the Council Fathers did not have legitimate concerns regarding the need for the renewal and reform of the liturgy as expressed in the conciliar texts themselves. I am not at all calling into question the Council’s call for reform. But many of us believe that the reform that actually came about in the wake of the Council lost much of what is truly the genius of the Latin Rite.

“This is what Pope Benedict XVI spoke of in Summorum Pontificum when he tells us that there can be no rupture with what has gone before, but that a hermeneutic of reform in continuity must guide us, not just in liturgical matters but in theological matters as well. Allowing for a more generous use of the usus antiquior is not meant only to reconcile individuals and groups who have been disaffected by recent liturgical reform, but also to reconcile the whole Church with her past…”

“All of this is why I would urge bishops to familiarize themselves with the usus antiquior as a means of achieving their own deeper formation in the liturgy and as a reliable reference point in bringing about renewal and reform of the liturgy in the local Church. Speaking from personal experience, my own study and celebration of the older liturgical rites has had a tremendous effect on my own appreciation of our liturgical tradition and has enhanced my own understanding and celebration of the new rites.

“I would further encourage bishops to be as generous as possible with the faithful who desire and ask for the opportunity to worship in the usus antiquior in their dioceses. Allowing for its natural flourishing will have its own effect on the liturgical life of the whole diocesan Church. It must never be seen as something out of the mainstream of ecclesial life, that is, as something on the fringes. The bishop’s own public celebration of it can prevent this from happening.”

“The bishop should also encourage his seminarians to familiarize themselves with that usus antiquior, not just for the possibility that they may…be called upon to celebrate this form of the Mass for the benefit of the faithful, but indeed for the future priest’s own appreciation of the deep and rich liturgical tradition from which the reformed rites flow…”

Let us hope that addresses such as those given by Archbishop Sample in 2013, and Cardinal Robert Sarah more recently, are received with true humility and docility by their brother bishops, and that authentic liturgical reform, consistent with the tradition of the Roman Rite, is finally implemented on a significant scale. As Cardinal Sarah noted during his address just last week:

We Bishops have a great responsibility, and one day we shall have to answer to the Lord for our stewardship. We are the owners of nothing! As St. Paul teaches, we are merely “the servants of Christ and the stewards of the mysteries of God” (1 Cor. 4:1). We are responsible to ensure that the sacred realities of the liturgy are respected in our dioceses and that our priests and deacons not only observe the liturgical laws, but know the spirit and power of the liturgy from which they emerge. I was very encouraged to read the presentation…made to the 2013 Sacra Liturgia conference in Rome by Archbishop Alexander Sample of Portland in Oregon in the USA, and I fraternally encourage my brother bishops to study his considerations carefully.

Archbishop Sample celebrating a Pontifical Mass at the Throne in the Extraordinary Form at the Brigittine Monastery of Our Lady of Consolation in Amity, OR, March 2014 (Photo credit: Mark Salvatore)