Taking Our Eucharistic Lord Out to the Peripheries 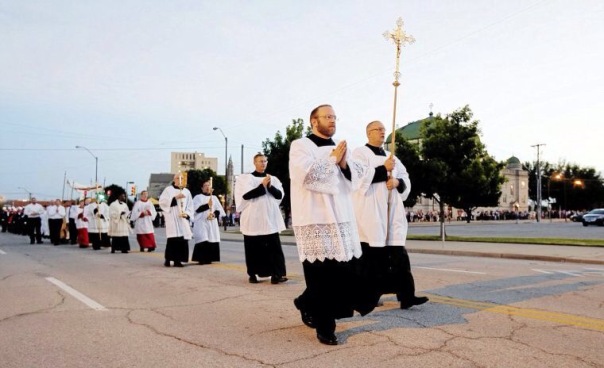 “The Pope rightly speaks of the need to go out to the peripheries…(the) people have responded very warmly to this. But we cannot go to the peripheries empty-handed. We go with the Word of God, with the Sacraments, with the virtuous life of the Holy Spirit. I am not saying the Pope does this, but there is a risk of the encounter with culture being misinterpreted. Faith cannot adapt to culture but, must call to it to convert. We are a counter-cultural movement, not a popular one.“

Far too often it has been the faithful, however, who have adapted to the culture instead of the other way around. Following two generations of poor catechesis, banal liturgies and moral relativism the Church is often ill prepared to go in search of the spiritually lost and socially marginalized. Just this past week in the United States 45% of self-identifying Catholics voted for candidates of a political party whose platform unabashedly endorses abortion rights and same-sex marriage, both of which are considered non-negotiable issues by the Catholic Church…

(Read the rest of this post at One Peter Five)