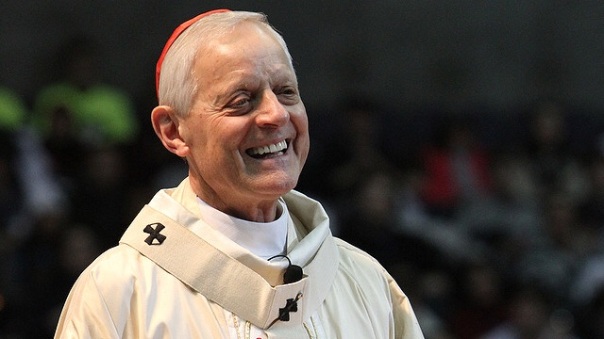 Amidst all of the ongoing discussions and debates surrounding Amoris Laetitia (AL), Pope Francis’ exhortation on marriage and the family, Donald Cardinal Wuerl of Washington D.C. recently weighed in with a most revealing blog post.

In an entry titled, Is it confusion or different approaches?, Cardinal Wuerl takes a most unusual and uncharitable approach in defending the more controversial aspects of AL, namely those relating to the divorced and civilly remarried, and participation in the sacramental life of the Church.

The first thing that stands out in the Cardinal’s post is his repeated use of the phrase, “a very small number…” when speaking of those seeking clarification from Rome on AL. For example:

“A very small number of people, whose voices have been amplified by some of the Catholic media, have challenged the integrity of Pope Francis’ post-synodal apostolic exhortation, Amoris Laetitia.”

“But it strikes me that there is even more of an undercurrent to the present position taken by a very small number of clergy and their media supporters. It seems that a part of the distress evident in what has been described as a “tempest in a teapot” is the fact that Pope Francis is challenging all of us to move into a far more Gospel-identified mode of living…”

“At the opening of the first synod on the family, there were those few voices that asked why we were even discussing the pastoral implications of the Church’s teaching since we already have the answers.”

It is rather odd that a prelate of Holy Mother Church, who is no doubt quite familiar with the stories of martyrs such as Sts. Thomas More & John Fisher, as well as the repeated exiles and attacks against the orthodox St. Athanasius during the fourth century Arian heresy, would suggest that truth belongs only to those in the majority.

Of course, it’s also bizarre since the Cardinal is most likely aware that 45 well respected Catholic scholars, prelates, and clergy have also expressed the same concerns as the signers of the dubia, and that entire conferences of bishops are at odds with one another over the implications of Amoris Laetitia.

The political Left is very familiar with this tactic, however. Targeting an opponent, personalizing the attack, polarizing and minimalizing the opposition…this is right out of the Saul Alinsky/Rules for Radicals playbook.

Later in his article, Cardinal Wuerl makes the following statement which, taken at face value, is highly anti-Catholic:

“Perhaps it might be very hard to let go of the symbols, medieval ornaments, and the ecclesial style and privileges that are marks of the Church of another era. It may also be difficult for all of us in leadership positions to recognize that decrees, declarations and statements are not the best way today in which we reach people, touch people, engage people, and strengthen their adherence to Christ or even bring them to Christ in the first place.”

Pope Benedict XVI (who gave the red hat to Cardinal Wuerl in 2010) spoke often of a hermeneutic of continuity versus rupture in the post Vatican 2 era. For Benedict, Jesus Christ -the same yesterday, today, and forever- meant that rupture was neither the proper hermeneutic nor even an authentic possibility. Cardinal Wuerl chooses instead to double down on the post-conciliar rupture and goes full 1970’s with his statement.

His rejection of tradition is evident, and very likely a jab at Cardinal Raymond L. Burke (one of the four responsible for the dubia), when he writes: “Perhaps it might be very hard to let go of the symbols, medieval ornaments, and the ecclesial style and privileges that are marks of the Church of another era.”

Since Cardinal Burke is known to favor the traditional Mass and wear the capa magna, the implication seems quite clear. Cardinal Wuerl, to my knowledge, hasn’t even attended a Mass in the Extraordinary Form in nearly five years.

Regardless, any dismissal of tradition using the argument, “what worked back then doesn’t work today…” is simply an excuse to reject our past while fully embracing modernity.

Finally, what is most disconcerting about Cardinal Wuerl’s article is what we don’t find in it: the Eucharist. It’s not there.

The crux of this entire debate over Amoris Laetitia is whether or not those in second, civil, marriages can receive Holy Communion prior to (or without) an annulment. This is ALL about defending sacramental Marriage and the Blessed Sacrament. And yet, the Cardinal not once references the Eucharist.

We read repeatedly of encounter, of outreach, and of accompaniment. But never is the Eucharist mentioned. By comparison, the dubia itself references Holy Communion in the very first question posed to Pope Francis.

In the end we need to be grateful for articles such as Cardinal Wuerl’s. Feeling emboldened, the facade is being dropped and motivations revealed by many in the Church.

We the faithful (always) have a simple way of helping us to discern right from wrong, truth from error: our Catholic tradition and the Holy Eucharist. Run toward both, and away from wolves.