In Defense of the Death Penalty 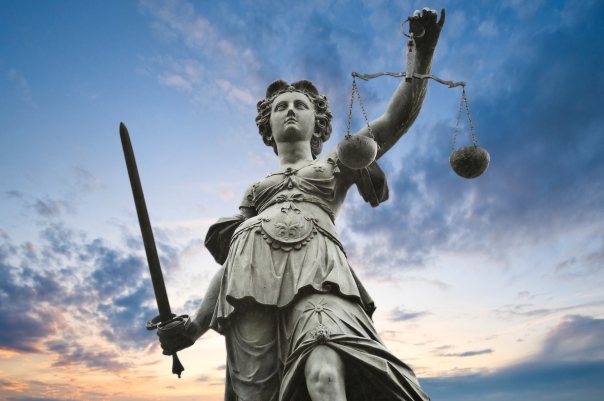 The following post is the latest from frequent contributor Fr. Donald L. Kloster, a priest of the Diocese of Bridgeport. Fr. Kloster has recently been assigned to St. Mary’s in Norwalk, Connecticut as parochial vicar. He is a graduate of St. Charles Borromeo Seminary Philadelphia, having completed his Master’s Thesis in Moral Theology. A native of Texas and a graduate of the University of Texas (Austin), Fr. Kloster also spent two years as a student (and then novice) at the 7th century Benedictine Abbey of Disentis, Switzerland.

My Master’s Thesis on the Death Penalty was written some 24 years ago. I still remember doing a Nexus Search back in the days before widespread use of the internet. Something very interesting happened. I learned that before the year 1965 almost no one wrote an article opposed to the death penalty and after 1965 almost no one wrote an article advocating for the death penalty. A seismic shift in mores had occurred to be sure.

All of the classic philosophers were of one mind where the death penalty was concerned. They reasoned that the state had the power to assign a commensurate penalty to high crimes of a serious nature up to and including the death penalty. They even went so far as to say that if the ultimate penalty of a death sentence was not a possibility, the very rights protecting human life would be cheapened and then lost.

Perhaps my favorite quote was Pope Pius XII, who in 1955 addressed a group of Italian jurists. He told them that the death penalty was medicinal. Then too, we have the wisdom of St. Thomas Aquinas in the Summa Theologica:

Therefore if a man be dangerous and infectious to the community, on account of some sin, it is praiseworthy and advantageous that he be killed in order to safeguard the common good.

St. Augustine of Hippo, perhaps the second of the greatest pillars of Catholic theology beside St. Thomas Aquinas, insisted that a properly ordered state needed the death penalty. He often advocated for clemency among some of those convicted of serious crimes, but he would have never advocated to prohibit the death penalty as a legitimate possibility in a civilized society.

Few today want to talk about the yearly murder rate in any United States city because it is far more exponentially damaging to arguments against the use of the death penalty. I would argue that the increase in mass murders we are witnessing has everything to do with a depression/suppression of moral objectivity. No society can put a law enforcement officer on every corner. Men need solid morals by which they are able govern themselves. When 80% of this country went to church on a given Sunday, they were instructed by their pastors and preachers. More and more our society tries to imagine we need less of God as well as more of an assault on the idea of objective morality. We have largely become a society of self serving mini-gods who want only to bow down to individualized preferences.

For example, when we put a murderer in jail for life without the possibility of parole how does that prevent him from murdering again on the inside of the prison where he has nothing to lose? Then too, with parole leniency, criminals sentenced to life without the possibility of parole still get released from jail at times. The recidivism of convicted murderers is too high to ignore. In addition, why should society pay the tab for a convicted multiple murderer? Why should society condone that behavior by not proportionately punishing them with the death penalty? Even Jesus was an innocent party who consented to the death penalty.

There is no absolute justice here and we cannot eliminate the death penalty in order to ensure the process will be flawless (i.e. the death penalty for someone later exonerated). The dead individuals the convicted murderer killed are gone and the multiple murderer is free to live on. It would seem, to some, that murderers have more rights than their victims. Someone contemplating murder needs to fear a commensurate punishment.

I worked full time in hospitals for 8 years. When someone thinks they are about to die a natural death, they lean toward repentance; much more so someone who knows he is about to face the death penalty. A man who thinks he has more time on earth is not nearly as likely to make his peace with anyone.

The Founding Fathers of this country were most astute in asserting that a Republic was impossible without a belief in, and a reverence for, God. We are slipping back into barbarism except that even the previous barbarians of old had their gods. Our modern severe barbarism is on the precipice of swallowing whole any decency left amongst us.

There is no justification in blaming the criminal justice system. The society has pulled the teeth out of any meaningful enforcement of the common good. Authentic love has never had a component of indulgence to the point of reckless license. Men can and do forfeit their rights to life, liberty, and the pursuit of happiness. On the other side—the side of true justice—must be included an advocacy for a return to the previously held moral norms supporting civil tranquility that had been present in every age.