← Lost Without the Supernatural
Why Aren’t Other Dioceses Looking to Lincoln? →

The Splendor of Truth 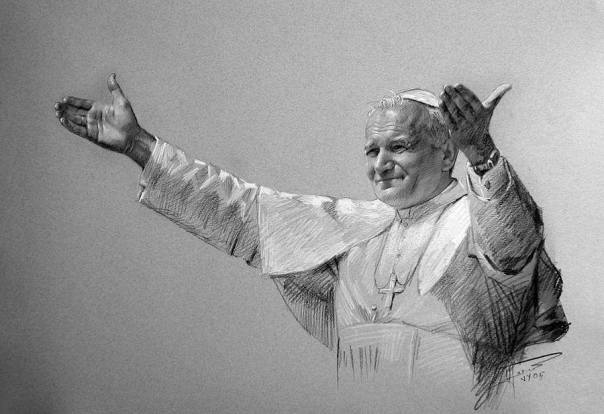 I recently came across the below passage while reading St. John Paul II’s Veritatis Splendor (The Splendor of Truth), his 1993 encyclical on the Catholic Church’s fundamental moral teaching.  It struck me immediately as being incredibly relevant to the current conversation.

While St. John Paul was addressing the post-conciliar atmosphere which had been rife with moral relativism and dissent throughout his papacy, his words have also proven to be quite prophetic. In light of the recent release of the apostolic exhortation Amoris Laetitia by Pope Francis, followed by the now all too common confusion and controversy, it seems right to revisit Veritatis Splendor.

The below excerpt, found in the very introduction of the encyclical itself, serves as a strong refutation to the intentional ambiguity being exploited by the usual suspects today. The words of St. John Paul II:

“Today, however, it seems necessary to reflect on the whole of the Church’s moral teaching, with the precise goal of recalling certain fundamental truths of Catholic doctrine which, in the present circumstances, risk being distorted or denied. In fact, a new situation has come about within the Christian community itself, which has experienced the spread of numerous doubts and objections of a human and psychological, social and cultural, religious and even properly theological nature, with regard to the Church’s moral teachings. It is no longer a matter of limited and occasional dissent, but of an overall and systematic calling into question of traditional moral doctrine, on the basis of certain anthropological and ethical presuppositions. At the root of these presuppositions is the more or less obvious influence of currents of thought which end by detaching human freedom from its essential and constitutive relationship to truth. Thus the traditional doctrine regarding the natural law, and the universality and the permanent validity of its precepts, is rejected; certain of the Church’s moral teachings are found simply unacceptable; and the Magisterium itself is considered capable of intervening in matters of morality only in order to “exhort consciences” and to “propose values”, in the light of which each individual will independently make his or her decisions and life choices.”

← Lost Without the Supernatural
Why Aren’t Other Dioceses Looking to Lincoln? →