← Liturgical Game Changers
Remember, the Church Can Be Destroyed →

The Disappearing Precept on Catholic Marriage 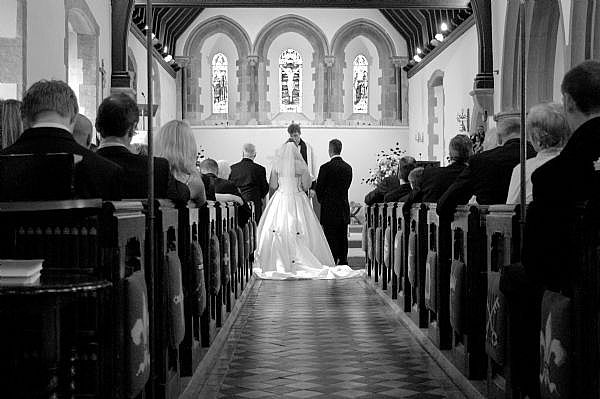 A subtle, yet significant, change in the Precepts of the Catholic Church was recently brought to my attention. More than just a change, it is actually an omission: the removal of the sixth precept regarding the Church’s laws on marriage. The Catechism of the Catholic Church explains that the precepts of the Church “concern the moral and Christian life united with the liturgy and nourished by it.” The 1994 Catechism promulgated during the papacy of Pope St. John Paul II lists only five precepts:

1. “You shall attend Mass on Sundays and on holy days of obligation and rest from servile labor.”
2. “You shall confess your sins at least once a year.”
3. “You shall receive the sacrament of the Eucharist at least during the Easter season.”
4. “You shall observe the days of fasting and abstinence established by the Church.”
5. “You shall help to provide for the needs of the Church.”
(CCC 2042-2043)

After being made aware of the omitted precept I went back and consulted my copy of The Catechism Explained, written by Father Francis Spirago and published by Benziger Brothers in 1899. Fr. Spirago lists a total of six precepts of the Catholic Church, with the final advising the faithful:

“Not to marry persons who are not Catholics, or who are related to us within a forbidden degree of kindred, nor privately without witnesses, nor to solemnize marriage at forbidden times.”

The Baltimore Catechism 3 from 1949 also addresses Catholic marriage, listing a sixth precept as well which states: “You shall observe the Church’s laws on marriage.”

It is unclear why the 1994 Catechism of the Catholic Church omitted the traditional precept on marriage. Following the ecumenical focus of the Second Vatican Council and Pope Paul VI’s 1970 motu proprio on mixed marriages, it appears that the Church may have simply acquiesced to the increasing indifference among many Catholics who did not see their faith as a priority when choosing a spouse. Considering the confusion among the faithful regarding marriage in recent decades, it would seem that now is the time to highlight, rather than delete, this precept from the catechetical life of the Church.

Listening to a Catholic radio show recently, I heard the tragic stories of one caller after another expressing how their own mixed marriages (or those of their parents) had resulted in entire families falling away from the Church. This disparity of cult, marrying a non-Catholic, was always discouraged by the pre-conciliar Church, as demonstrated by the sixth precept. It should be obvious to us all that mixed marriages have presented a serious obstacle to raising children in the faith over the last four decades.

Acknowledging these challenges, the USCCB’s own website “For Your Marriage” explains the troubling shift in language for the Church with the 1983 revision to the Code of Canon Law:

“Because of these challenges, the church requires the Catholic party (in the marriage) to be faithful to his or her faith and to “promise to do all in his or her power” to have their children baptized and raised in the Catholic faith. This provision of the 1983 Code of Canon Law – with its wording to try one’s best – is a change from the 1917 version, which required an absolute promise to have the children raised Catholic.

“Likewise, the non-Catholic spouse is no longer required to promise to raise the children in the Catholic faith, but “to be informed at an appropriate time of these promises which the Catholic party has to make, so that it is clear that the other party is truly aware of the promise and obligation of the Catholic party,” the code states.

“But suppose the non-Catholic party insists that the children will not be raised Catholic? The diocese can still grant permission for the marriage, as long as the Catholic party promises to do all he or she can to fulfill that promise…”

Thankfully, many Catholics are rediscovering traditional resources such as The Catechism Explained and The Baltimore Catechism. For those parents and parishes who utilize these earlier catechisms for forming the next generation, the importance of a Catholic marriage will be prominently stated within the precepts.

Both clergy and the laity need to reclaim a bit of common sense in the coming years as well. It is unrealistic to expect mixed marriages to produce an environment conducive to effectively raising children in the faith. Something as important as our faith, a matter of (supernatural) life or death, deserves to be nurtured by both parents in a truly Catholic household. This doesn’t mean that disparity of cult can always be avoided. However, it can be discussed, discouraged, and explained why unity of faith is vitally important. To this point, it is interesting to note that 80 percent of the men ordained to the priesthood the last two years came from households where both parents were Catholic (according to the Survey of Ordinands to the Priesthood by CARA).

We have seen the near total collapse of the faith in family after family over the last two generations. We have simultaneously witnessed the attack against marriage itself, beginning with an attempt to redefine the very nature and purpose of the male-female relationship. It is a tragic irony that the very disappearance of the sixth precept of the Catholic Church from the Catechism has coincided with the widespread disappearance of sacramental marriage among so many professing Catholics.

Possibly it’s time to once again ensure that all lists of the Precepts of the Catholic Church include the sixth on observing the Church’s teaching on marriage.

← Liturgical Game Changers
Remember, the Church Can Be Destroyed →