The Family Rosary: Now More Than Ever 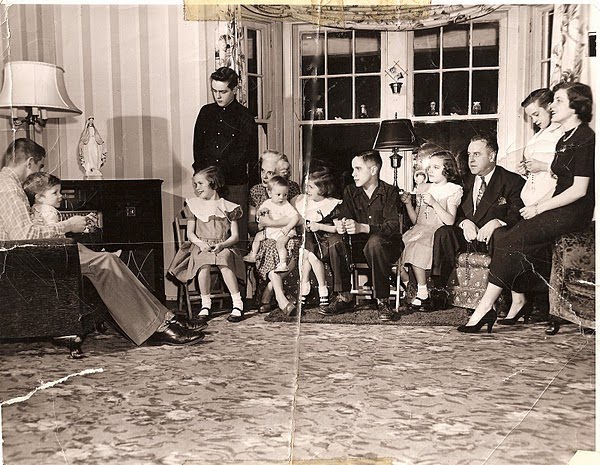 Servant of God Father Patrick Peyton (1909-1992), a priest of the Congregation of the Holy Cross, is best remembered today for his slogan, “The Family That Prays Together Stays Together”, as well as his fifty year public ministry that promoted devotion to the family Rosary. During that time Father Peyton’s 40 outdoor Rosary rallies throughout the world drew over 28 million people, including 500,000 in San Francisco alone in 1961 and 2 million in the Philippines in 1985. Through these rallies, and through his multi-year television ministry “The Family Theatre”, Fr. Peyton deservedly earned the title “The Rosary Priest” among his admirers.

Today, as elected officials, judicial activists, academic elites and cultural progressives continue their unrelenting assault against the family, we do well to recall Fr. Peyton’s slogan. While radical secularists seek to redefine the family, divorcing it from its very meaning and purpose, strong Catholic families must come together in prayer. Make no mistake about it: this is a supernatural battle that requires a supernatural response from the Church Militant. Now more than ever faithful Catholics need to rediscover the family rosary.

Fr. Peyton’s devotion to the Rosary began early in his childhood. As noted at his official site:

“Each night the Peyton family knelt in the main room of the home and prayed the FAMILY ROSARY, as led by his father. Patrick was the sixth child, out of nine in the large Peyton family. He developed a close relationship with his pastor and often served early morning Mass in Attymass…”

From those humble beginnings Fr. Peyton would eventually share his love for the Rosary with millions. For decades Heaven was stormed with the prayers of millions of families because they heeded Father’s words. What if we were to see football stadiums once again filled with devout Catholics, bold Catholics, assembling and giving prayerful witness to the beauty of the family and the power of the Rosary?

In recent weeks I have reintroduced this practice of praying a nightly Rosary to my family. I have been pleasantly surprised at how quickly my kids have accepted this change to their after dinner routine, no doubt because of Our Lady’s intercession.

Now more than ever we need the Family Rosary. In a culture which actively seeks to redefine the family at every opportunity, sometimes the only response we really have is to drop to our knees and pray. And yet, is there a more powerful weapon we wield in defense of the family than our rosaries?

In the end, Servant of God Fr. Patrick Peyton said it best: “The family that prays together stays together.”

This post originally appeared at One Peter Five on February 9, 2015