← Sunday and the Counter-Cultural Catholic
He Descended into Hell →

Three Men and the Mass

I am convinced that the crisis in the Church that we are experiencing today is, to a large extent, due to the disintegration of the liturgy.

I am solidly convinced that an authentic and faithful renewal and reform of the sacred liturgy is not only part of the New Evangelization—it is essential to its fruitfulness. The liturgy has the power to form and transform the Catholic faithful. We must live by the axiom lex orandi, lex credendi (the law of praying is the law of believing). What we celebrate in the Mass expresses the essential content of the faith, and it also reinforces our faith when celebrated well and with fidelity. The liturgy both teaches us and expresses what we believe. If we do not get the sacred liturgy right, I fear that we will just be spinning our wheels rather than getting the New Evangelization going in the right direction. If we are
transformed by the sacred liturgy, then we, as believers, can help transform the culture.

The Orthodox churches and churches of the east still carry on their liturgy in that mystical fashion. There is chanting, there is use of different
languages which are not spoken languages, then there is more incense… an
aura of otherness happens and after the reforms of the (Second Vatican) Council, sometimes not because of the reformers but because individual persons decided to take matters into their hands and did things rather
superfluously, the Church had gradually lost that mystical element, the element of the hidden. And that’s why our people are finding our liturgy, our prayer life, boring.

Before I can continue with this post, and for the sake of full disclosure, I need to make a confession (no, not the sacramental kind). The preceding reflections on the sacred liturgy are not mine (though emphasis was added by me).

The first thought regarding the disintegration of the liturgy is from our Pope emeritus, Benedict XVI. 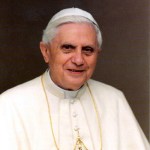 The second, the Most Reverend Alexander Sample, archbishop of the Diocese of Portland, OR.

The third quote regarding the loss of the mystical element in the sacred liturgy is from His Eminence Malcolm Cardinal Ranjith, Archbishop of Colombo, Sri Lanka.

A pope, a cardinal and an archbishop; all expressing the necessity for sound liturgy. The liturgy feeds our prayer life. The liturgy fuels our evangelization of the culture. The liturgy reinforces the beliefs that we profess.

In my very first post I said that a traditional and reverent liturgy which is unabashedly Catholic (one could say authentically Catholic), far from being optional is actually a necessity for imparting the faith. With the severe decline in Mass attendance for nearly 50 years now, we might say
that a profoundly reverent liturgy is needed to simply perpetuate the faith.

It is best to conclude with the man who was quoted at the beginning of this post. Pope Emeritus Benedict XVI, when he was still Cardinal Ratzinger, offered this strong critique of the post conciliar liturgical “reform”:

The liturgical reform, in its concrete realization, has distanced itself even more from its origin. The result has not been a reanimation, but devastation. In place of liturgy, fruit of a continual development, they have placed a fabricated liturgy. They have deserted a vital process of growth and becoming in order to substitute a fabrication. They did not want to continue the development, the organic maturing of something living through the centuries, and they replaced it, in the manner of technical production, by a fabrication, a banal product of the moment.

← Sunday and the Counter-Cultural Catholic
He Descended into Hell →