← Suicide Rises When Faith Recedes
The Many, Many, Many Words of Pope Francis →

National Survey Results: What We Learned About Latin Mass Attendees 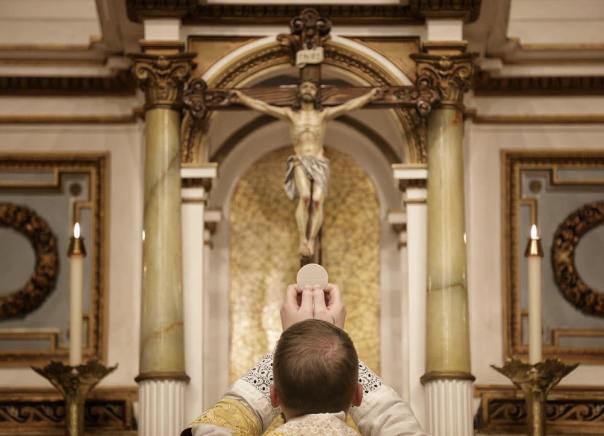 Through more than twenty years of offering both the Novus Ordo Mass (NOM) and the Traditional Latin Mass (TLM), this writer has observed variations between the people attending the two different Masses within the Roman Rite. American Catholics attending the NOM have been surveyed repeatedly in terms of their beliefs and practices (Pew Research and Center for Applied Research in the Apostolate at Georgetown University [CARA]).

Yet, the body of research does not appear to include a description of Catholics who attend the TLM. These Catholics attend at least 489 Sunday Masses nationwide (latinmassdir.org, 2019). On any given Sunday, an estimated 100,000 Catholics (slightly over 200 faithful per Mass and/or parish) in the United States of America worship according to the ancient Mass that, prior to the Second Vatican Council (1962-1965), was offered in Latin for over 1,500 years.

The quickly growing number of TLM-only parishes permits survey research going beyond one individual’s observations. The objective of this pilot study was to measure the fruit of the two Masses, by directly comparing the TLM and NOM attendees’ responses to the same questions.

The survey consisted of seven questions on the beliefs and attitudes of the respondents. Data was collected between March 2018 and November 2018. The surveys were anonymous and unique responses only were tallied. In pew surveys were administered to 1322 respondents. The number of responses varied (between 1,251 and 1,322) according to the given question. The same survey, administered online, received 451 responses.

The TLM Survey was designed to parallel questions posed in previous research, allowing a direct comparison between the TLM attendees and those of the NOM. These were the topics:

Modern society, by popular belief, is the cause of decreasing sacramental participation in the Catholic Church. However, the present survey, compared with other data, reveals a striking variance between Catholics attending the TLM versus those who attend the NOM. These differences are dramatic when comparing beliefs, church attendance, monetary generosity, and fertility rates.

Importantly, TLM families have a nearly 60% larger family size. This will translate to a changing demographic within the Church. TLM attendees donate 5 times more in the collection, indicating that they are far more invested than the NOM attendees. TLM Catholics go to Mass every Sunday at 4.5 times the rate of their NOM brethren. This implies a deep commitment to the faith. The almost universal adherence to the Sunday Mass obligation depicts Catholics who are deeply in love with their faith and cannot imagine missing their Sunday privilege.

Would young adult TLM Catholics be more likely to commit to a life in the Church? This question has never been studied among TLM Catholics since the inception of the 1970 NOM. Research is needed to explore TLM attendees’ vocations to the Priesthood, Religious Life, Married Life, and Single Life within the 18-39 year old subset of TLM Catholics. Preliminary studies by this author indicate that the TLM produces 7-8 times the number of Priestly and Religious vocations. Reception of the sacrament of Holy Matrimony would also seem to be much higher among TLM attendees. Finally, how well does the TLM retain young adults once they leave their parent’s homes?  Rigorous study on these topics are planned for 2019.

← Suicide Rises When Faith Recedes
The Many, Many, Many Words of Pope Francis →